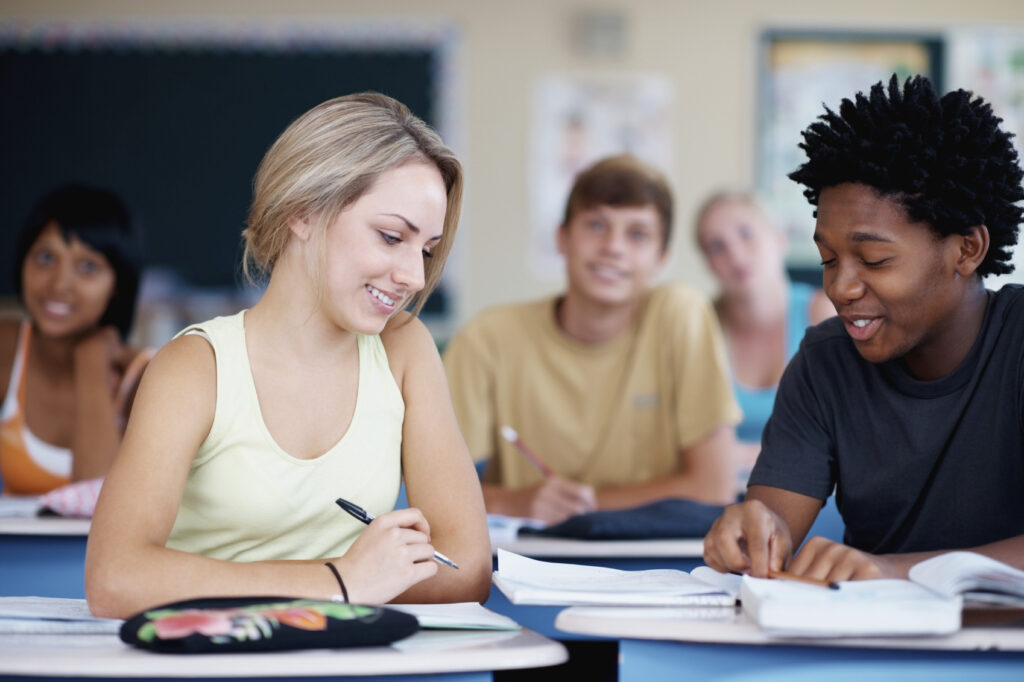 Our students benefit a lot from their teachers, but our teachers benefit even more from ongoing support and preparation. Using Lean Six Sigma Curriculum for High School Students lessons will help with many problems that educators face daily. Schools want to say they need to slash spending, but what they need to do is reduce waste. Instead of cutting expenses, they should look at ways to decrease spending by changing wasteful processes. Enrolling in a Lean Six Sigma Certification course would teach students how to upskill themselves for their careers in the future.

What is Lean Six Sigma

In our Lean Six Sigma Program for High School Students, we use a systematic, unified problem-solving methodology that relies heavily on a collaborative team to solve a problem and implement a long-term solution. It emphasizes the reduction of production costs, improving performance, and requiring a customer-centric attitude. The Yellow Belt (Team Member) and Green Belt (Team Leader) Certifications are recognized by nearly every company on the planet. Organizations that use this strategy successfully can succeed in difficult environments, have greater employee retention, and have reduced turnover.

LSS (Lean Six Sigma) Yellow Belt implements a 5-step process. Students choose an improvement program and over time applies the approaches they learned in class into practice. This leads to improvements that benefit not only the student, but also the classroom, educational system, and community.

Our methods at Lean Six Sigma Experts of New York Program for High School Students have evolved into one of, if not the most widely used enterprise process management and development methodologies in the industry, surpassing many others along the way. As a result of its popularity, our program is now being taught and incorporated into the curriculum of many of the country’s high schools, and we are the pioneers of this successful approach.

In certain cases, acquiring the Yellow Belt is not required to achieve the Green Belt. However, if you hire us, we would like all high school students to have the expertise and knowledge learned and distributed during the Yellow Belt Stage before moving on to the Green Belt. This is due to a shortage of expertise and credentials – they are all students with no prior work experience.

The Best In The Industry (Consulting And Training)

Working with us gives you access to the most recent, up-to-date, and cutting-edge Lean Six Sigma Program for High School Students at a low rate. We have the best and most reliable coaches, advisors, and experts – and you can contact us for free. You don’t have to go far to find the best and most reputable company that provides Lean Six Sigma Education for High School Students in New York. When you work with us, you will receive the assistance and guidance you need.

Call or email us, and we’ll be delighted to assist you and answer any questions or doubts you might have about the Lean Six Sigma Curriculum for High School Students!

Six Sigma, in comparison to a company's corporate system, has its own system. Each group in the organizational hierarchy has its collection of roles and responsibilities. The Green Belt is an essential component of the USC Six Sigma Scheme.

Green Belts are the foundation of the methodologies and collaborators of Lean Six Sigma systems. They can solve problems, collect data, analyze costs, and change processes. Green Belts can also lead smaller initiatives and work alongside Black Belts on bigger projects.

Lean Six Sigma Experts of New York offers the best Lean Six Sigma Educational courses in New York. The Training Curriculum is the world’s most widely used student method. Students have been encouraged to adapt to the skills they’ve learned in the classroom to their academics as well as other facets of their life as a result of the Lean Six Sigma Program for High School Students. Since completing all of the curriculum’s certifications, students will receive an official certificate to celebrate their accomplishments. The Lean Six Sigma Experts of New York, their teaching system, champion, and the student’s certified coach/teacher have all been funded on these courses.

Our classes and services are available to assist teachers, staff, and the district during the certification process. The teaching is adaptable to any setting, and the Train-the-Trainer program is a great way to integrate Lean Six Sigma Experts of New York into your school’s ongoing curriculum. As we collaborate to support Lean Six Sigma Experts of New York public schools, we’ve seen how students use this integrative and immersive approach to adapt what they’ve learned in each class to various facets of their lives.

We help companies of all sizes run more efficiently and delight customers by delivering defect-free products and services. Lean Six Sigma Experts of New York is your one-stop-shop for vital Lean Six Sigma Certification, information, and experience. We are honored to be a member of the world’s most distinguished community of process management experts.

There are so many areas or regions where we offer these services with most of them being cities.